This series of seven screen prints depict a man cooking, eating, and cleaning up after a meal in a kitchen that is both modern and old. The kitchen and its tools quote from engraved illustrations from the 16th Century Italian cookbook Opera di Bartolomeo Scappi. Scappi was the Master Chef for several popes. In my prints, Pope Francis is set in the midst of this essentially human activity and its timelessness. The seven parts explore the idea of time (seven days of a week) with the climax in the center of the sequence. The images are printed on a linen resembling a liturgical corporal linen. These simple images address the position of a leader and the future in light of inherited ideas of masculinity, service, sacrifice, temperance, and humility. 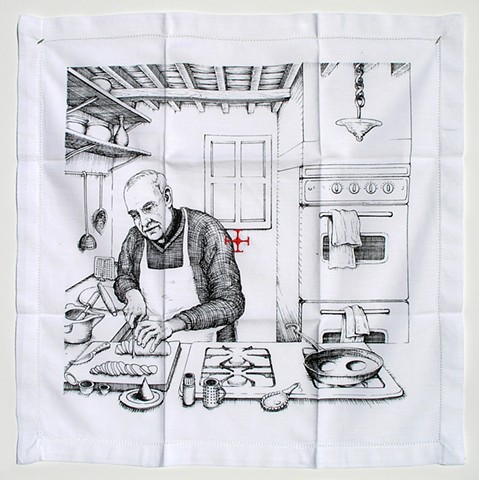 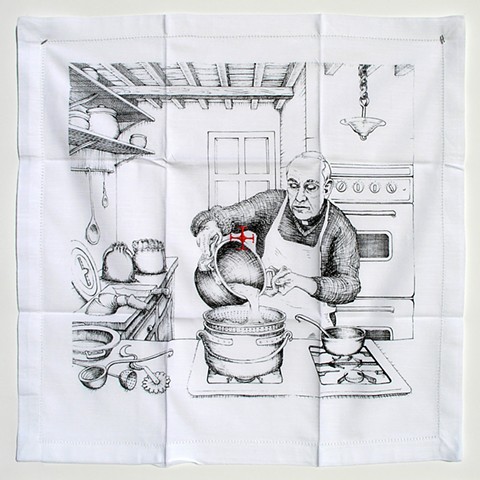 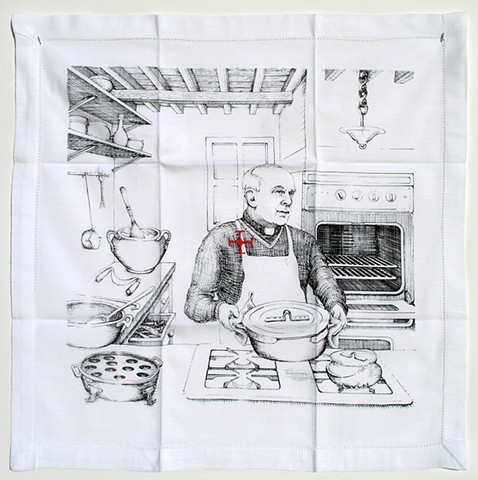 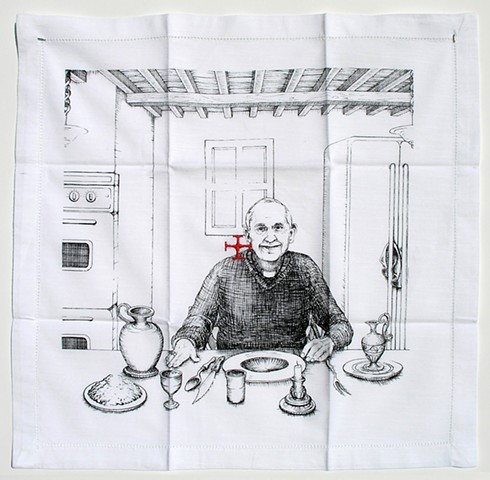 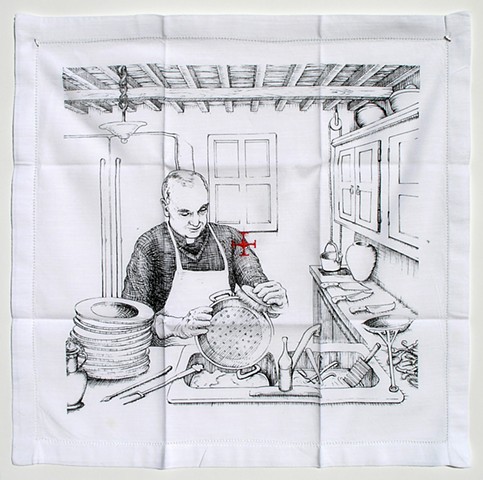 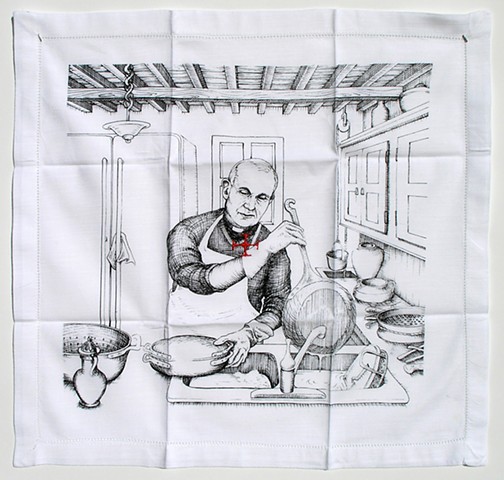 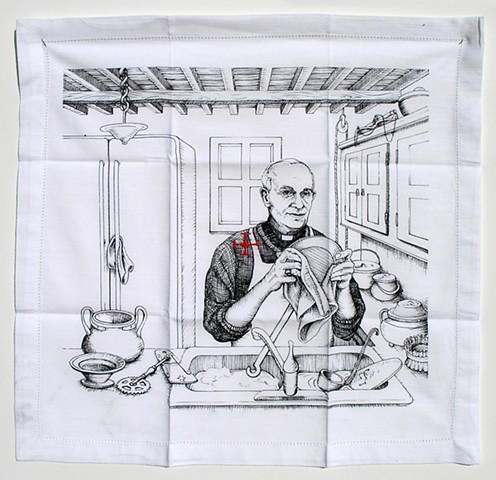 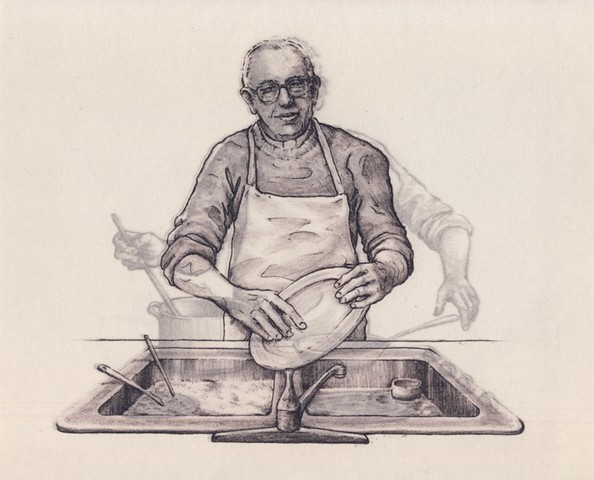 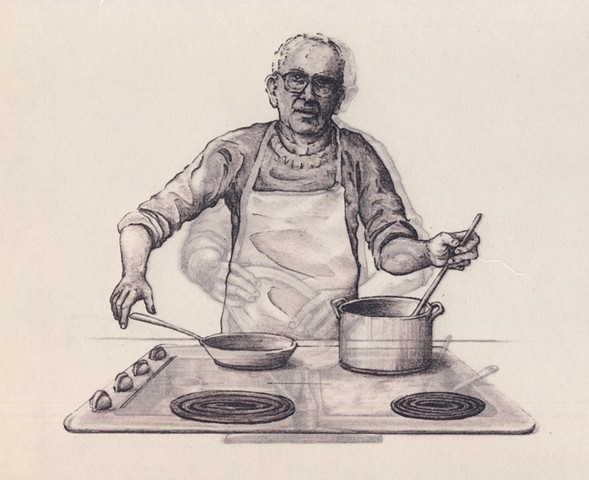